Last weekend I had the pleasure to host my friends Alan and Paul again. We only managed to fish the Saturday due to the weather,  but we gave it a good go fishing all day practically. Last year I had a tough week with the lads and we really struggled to get some good fish in the boat. This year I was determined not to let that happen again...

We had great conditions on the day so much so that we were possibly overconfident... We started at a shallow, kelpy mark that I tend to visit a lot this year. We got fish straight away but then they got fussy very quickly and the action slowed right down. It was infuriating as we could see loads of fish on the sounder and also feeling bites on our lures but no hookups. We spent a bit longer than I would've allowed regularly on this mark as I was thinking that the fish were waiting for the right tide state. Nevertheless I decided to move eventually and we headed for some slightly deeper spots. Thankfully we found some active fish and the boys got stuck in! 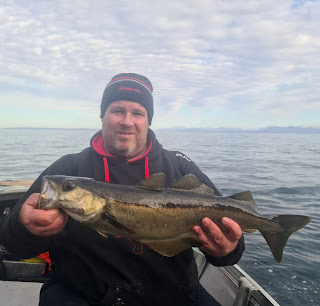 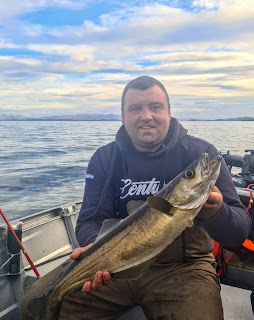 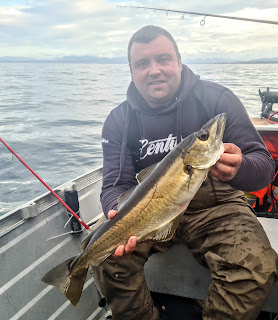 I had some new rods to try as well, one being the MH Spro Specter finesse spin (2.42m 18-48g) and the other the Mifine Maximus (2.28m 10-40g). They both got some fish and I'm happy with them but can't form an opinion until after much further use.

We noticed extensive shoals of baitfish throughout the day and I persisted with topwaters as it seemed perfect for them. The fish had different ideas though and I only managed one to the usual Autowalker...

The lads got a good number of fish with the bigger ones around 3kg but no monsters showed up this time. I'm glad the fish played ball in the end as it was honestly a cracking day weather wise.

I'm starting to think that the tinnie may not be as 'stealthy' as the sibs when approaching shallow water fish. It could be the noise reverberating from the metal hull, the shiny colour and/or even the 2 stroke engine that does it, but its been a few times now that we approach a mark, catch a couple fish and they then go into lockjaw.  I'm going to try hanging off slightly farther from the fish next time and also turn off the engine (use the electric motor) before closing in. See how it goes.

I've not fished at all for myself the past couple months but hopefully I'll manage it this month as guiding has slowed down. I really want to take the boat out the west side and try a session for spurdogs...

As per the title, when weather behaves even a little at this time of year then things seem to come together and make for some great fishing. I've had a few guiding sessions already this month and they have been very productive.

What has stood out for me, is how important the lure retrieve can be.  I had 2 anglers in the boat the other day and even though the fish were biting well, it took giving them the lure at the speed and manner they wanted it. One angler switched on to it and it was like each person was fishing at a different sea! On the day they wanted a more aggressive approach with intervals of fast recovery and wouldn't look at a slow lure! In the end both anglers sussed it out and the fish kept coming... 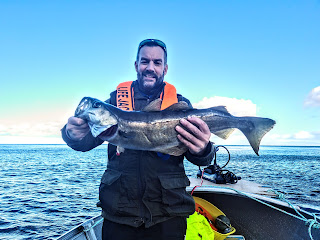 We've also had some 'big fish' bites that unfortunately couldn't convert into fish on the deck as they cut us off. Now this is always expected when pollock fishing but these encounters have increased this month. I have added a new rod to my selection (SPRO Specter finesse spin M) and whilst I like it very much, I think it's a bit light for these fish, hence I went and bought the heavier model the other day and can't wait to try it. 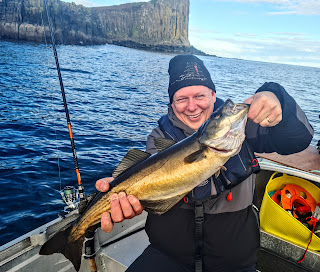 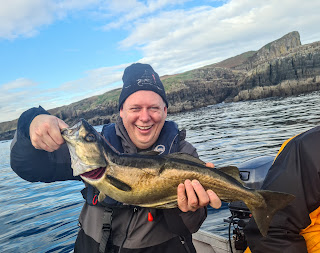 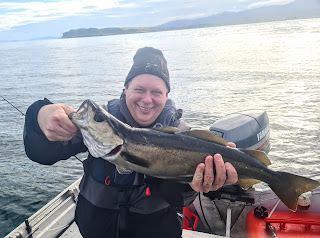 These are freshwater rods but as they are designed mainly for soft plastics fishing for Zander etc, they can work well in the heavier models for the sea. They are fast actioned and sensitive whilst maintaining good hooking power. I just hope the MH model can fight the bigger pollock better... The price was good too (80£ish) although I've yet to find something like the Johncoo Ruffy as every rod I've ordered from China recently hasn't come through.

I've yet to have a proper topwater day this season as I've not found the right conditions for it. I persisted with them the other day though, trying to at least get a blowup for the guys to see (and believe that it happens!) And typically a good fish smashed the lure when they were busy unhooking another fish on the other side of the boat...!

Nevertheless things are definitely gearing up just now and with a bit of luck we'll get some settled weather the days I'm out. Plenty of fishing to be done into November and hopefully some big mamas will show up.

I've also recently sold my first sib the YAM380S but as yet no luck finding something to replace it. It was a cracking SIB but I really need one in better condition for taking people out in difficult to access areas. Been a while since I've ventured afield...

Had a fairly productive September and it seems to be getting even busier next month. Fishing has been pretty good and the weather reasonable for the most part. A couple weeks back, I was asked by my manager at work if I could take some company visitors out for some fishing on our workboat. Of course I accepted and had 5 people on the RB boat midweek. The guys were keen fishermen though never fished Skye before or for pollock. I took them to a shallow mark near the cages and it was mayhem from the get go! We used mainly homemade softplastics in loud colours and they all caught well. There's no GPS anchor on the workboat so we were drifting. Sometimes, I think that in relatively shallow, extensive marks such as this one it may actually be better than spotlocking in the warm months.
We had a mad couple hours until the guys had enough and it was time to head back. Definitely wouldn't say no to more sessions like this!
Unfortunately my HTO HOOLIGAN rod broke on a snag and I haven't managed to find a spare tip for it so I'm on the lookout for another cheapo rod now... 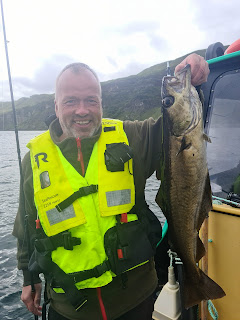 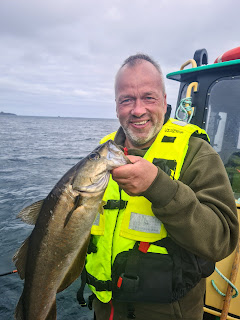 The week after that, I guided 4 lads on a shore session that didn't turn out too bad. We had to fish the 'wrong' part of the tide due to time constraints and the action wasn't as hot as I would've liked, but we got some good fish regardless. At times it felt like the fish were there but just not keen on feeding... 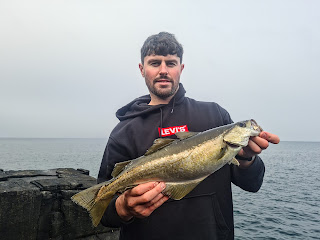 Last week I had another outing with my mate Andrew. We fished from the tinnie and it was another great day. We started by hitting some coalies on the LRF gear as Andrew loves them! Later on we switched to the bigger lures and started getting among the better fish. It wasn't long till Andrew hooked a good one and after a hard fight I netted him a quality fish. Around the 8lb mark and a new pb for him. Soon enough it was time to go and another good session came to an end. There was a clear big lure = big fish pattern on the day. 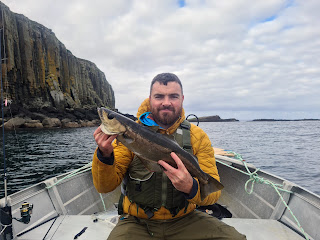 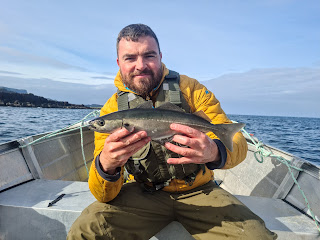 We've already had a few rough days now and water temperature is slowly dipping, if it calms down a bit into the following weeks I reckon fishing will really fire up!
Tight lines!
Posted by Luremaniac! at 01:34 No comments: