Too many projects, too little time!

Been a while since my last post and this isn't because of nothing new happening. On the contrary, there's too much going on!

Fishing has taken a back seat and I've only managed a couple sessions that were relatively productive. Finding the fish was the tricky part as they seemed to be concentrated in only a few places.  Once found, they were up for it and the chatterbait-cheburashka in particular was very effective. 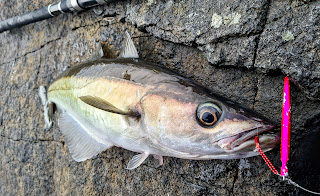 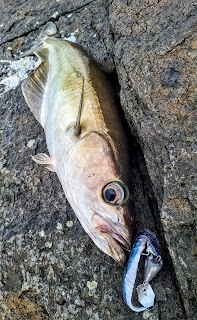 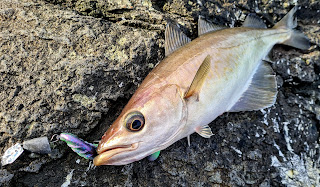 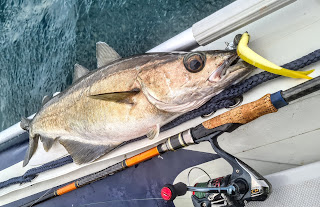 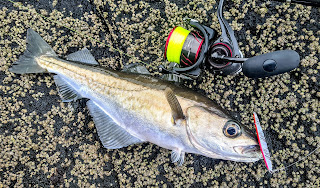 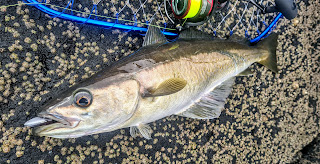 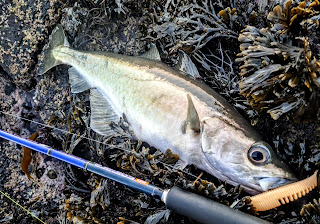 Unbelievably I even had some coalies hit the topwater back in February! I was let down by my action cam and smartphone battery life though and don't have the pics and videos that I should have from those sessions.  I blame the long sessions and the cold conditions for this. Especially my smartphone seems to get drained very quickly when I'm running Navionics and the trolling motor from it. I've bought a power bank to alleviate this problem.

My friend Chris's homemade softplastics and jigheads/chebs have been doing very well too and I definitely think that the suppleness of homepoured softplastics is an important factor for their success in cold conditions and fussy fish.

I've had to repair the inflatable keel of my boat  as it started showing tiny holes along a seam and loosing pressure. It looks like it's an age related issue and I've tried to fix it by pouring Sealskin sealant in the tube. This seems to have sorted it for now. I really can't wait for my F-Rib to arrive but there's no clear ETA for that...

Unhappy with not having my new boat and affected by this lockdown, I took the plunge and bought an inflatable pedal kayak to fill the void...! It's a Story-1 dropstitch pedal kayak and only managed to have a wee try on it last week.  Hopefully I'll put it through its paces soon...

The water chiller has been keeping the fish tank consistently at 12C but unfortunately the goldsinny wrasse has been getting aggressive towards some of the smaller inhabitants. It pecked the wee gurnard's tail and unfortunately the lobster got it soon after.  I think it might be time to release the wrasse and introduce some less territorial (and less toothy) fish. Definitely scorpions and maybe rockling again. The lobster has been incessantly rearranging the tank lately and I think it's time for moulting again.

My plans for this month are to kick off the trout season and use the kayak as much as possible. Also, would really like a couple calm water days to get the boat out in the salt!