Holiday fishing with an ISUP!

Been home for a few days now after my holidays back in Greece. Only went for a couple weeks and it was mostly for family time, especially since my folks hadn't seen the baby yet. I wasn't too fussed about serious fishing but I did want to visit the dams for perch and chub and this time I had a secret weapon...! I brought along an inflatable paddle board (ISUP) and was keen on trying to fish off that.

The main reason behind the SUP purchace was because one of the dams had gotten overgrown with vegetation and it was very difficult to fish from the shore. I hadn't fished there for more than a decade even though it held big perch and chub.

I opted for a beginner ISUP, the Suprfit 10.8. Its fairly straightforward inflating it etc, though I bought a double paddle as it only comes with a single for stand up use. To be honest I just needed a stable platform to fish from and be easy to paddle. I did try to stand but only when I was playing with it on the beach and let's just say sitting or kneeling is much better for me...lol  Blaming my extra holiday weight for the lack of balance!

Anyway, the ISUP proved to be very good for what I wanted it to do though unfortunately things have changed on the dams... The overgrown dam seemed to have been reclaimed by nature! The road there was full of fallen rocks and had young trees growing on the sides. Moreover the place where I used to park was so overgrown I drove past it without recognizing it! Eventually, I found a single access point to the water and managed to get the ISUP in. I started casting a small spoon around and it didn't take long to get a fish on! A very nice chub came up after a spirited tussle. Been a while since I had a chub and I was chuffed with this one. Its another obliging and pure fun fish to catch! I had a few more smaller fish on little cicada topwaters but it was slow fishing  for sure. Near sundown I concentrated my efforts for perch but despite fishing with little shads and drop shot I got no perch bites... Instead, I had another good chub on a little Fiiish black minnow imitation. Surprisingly, this fish was caught deep, where I wouldn't expect to find them. The water temperature was quite high so maybe that was the cause.

The high water temperature along with the increased vegetation may have been the reasons why I didn't get any perch. In the other dam, I found them where they usually are, near boulders and a drop off into 15m+ water. Therefore I should have searched for deeper water structure. I suppose that's something for next year... 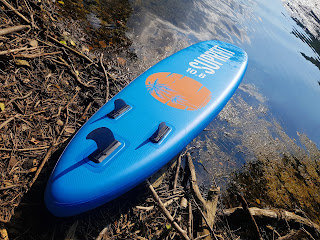 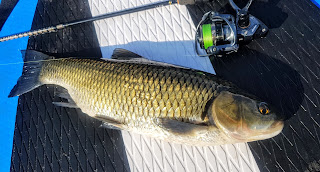 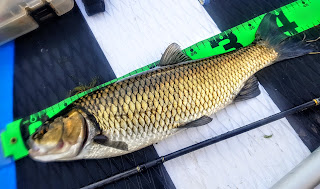 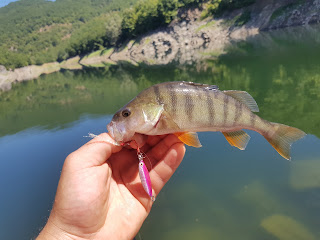 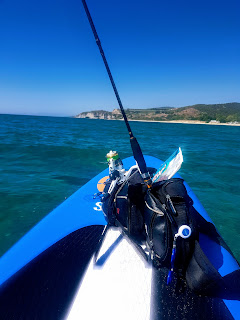 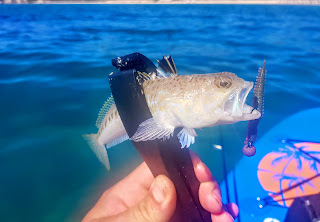 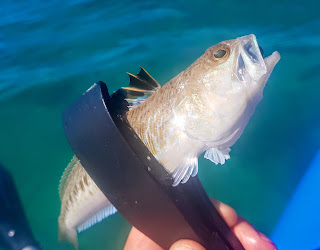 I could really stay fishing on the lakes for days but unfortunately time was yet again against me. Reckon theres a PB chub and perch hiding in there for sure!I have left he SUP there for next Summer anyway. Im sure it could have applications here in Scotland (with wet/dry suit) but the wind would make things tricky for sure. On small lochs though it could definitely help.

Back in Skye now and will have a couple days targeting perch and pike before I hit the pollock again. Its about time for topwaters!