I've done pitifully little fishing since coming back from Greece and that's mostly because of lack of time and bad weather.  Saying that, I had 2 guys visit me for some guided fishing and the sessions we had were fantastic!

Alan and Paul stayed for a week in my caravan and we managed to get out twice during their stay. Firstly, for a late afternoon session in calm weather, where we found Pollock smashing a big shoal of bait fish on the surface. We raised them a couple times on topwaters but the overabundance of bait worked against us. Once the bait moved off then the fishing really started firing up.  They were still picky though and seemed to prefer smaller natural imitations. The Fiiish Black Minnows and similar did best. We had some good fish in the 5-7lbs bracket.

The next day the weather got more challenging with brisk SW winds and we had to move around a bit to find shelter. Still, we got a bit soaked but it was all worth it in the end... We found the fish stacked in two different points and they were all lunkers! This time they preferred larger shads on 35-40g heads. The current was strong and they wanted the lures practically dropping in their mouths. It was a case of touching bottom and then letting the current do the work while hopping the lure from time to time. Alan got keyed in to this and he was having a fish a chuck! The drag was screaming and the rods were bending, happy days!

Alan had many fish of 5-7lbs with a couple pushing 8lbs and a potential double. When the action died down we switched to a more exposed spot and again, action was instant. This time Paul was getting in amongst the good fish and after a few chunky pollock he got something big on... The fish took a massive first run and for a second I thought it was a seal. Paul managed to gain a few meters on a very tight drag, but then it started another run and reached the bottom. The line parted and we all cried out in disbelief of losing that fish.  Poor Paul was gutted. A few more casts and the worsening conditions gave us the sign to head home. 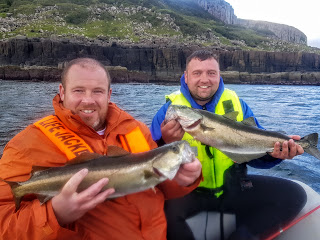 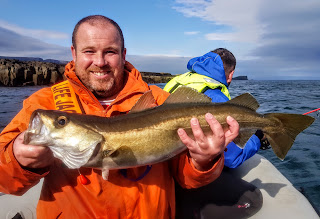 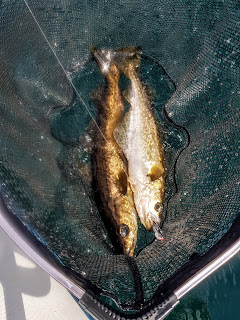 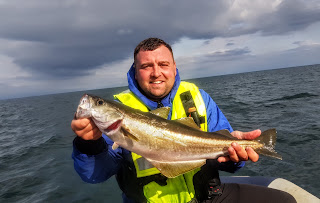 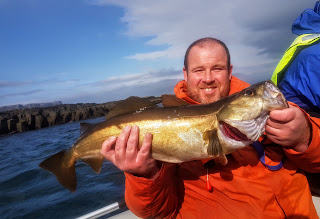 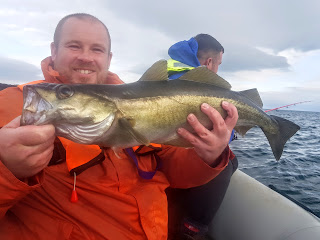 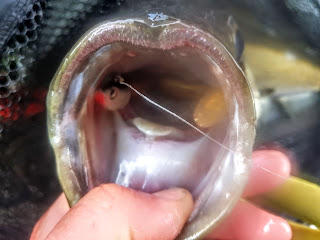 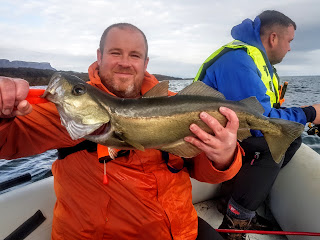 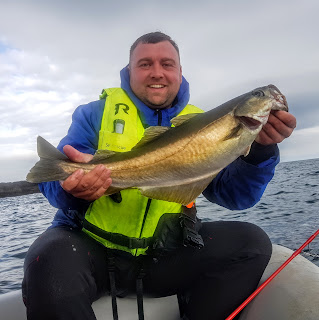 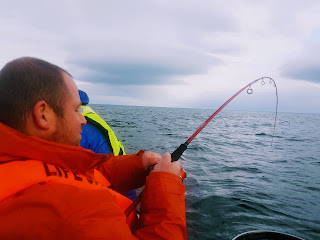 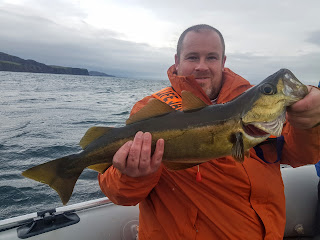 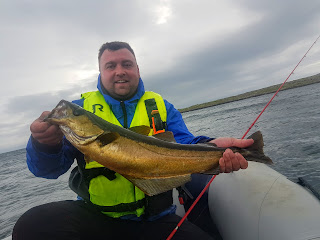 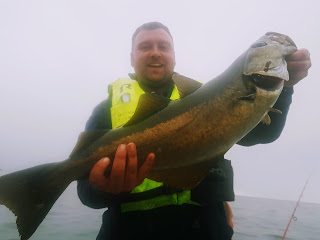 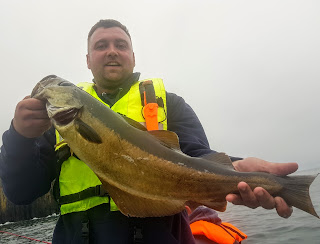 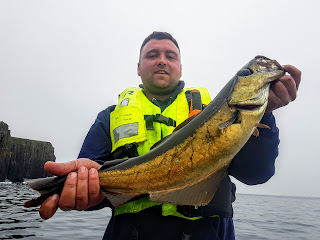 It was one of the wettest boat sessions I've had but the action really made up for it! Just need some settled weather now to get the topwaters out. It was a real pleasure fishing with these lads and hopefully we can do it again.